No longer a death sentence 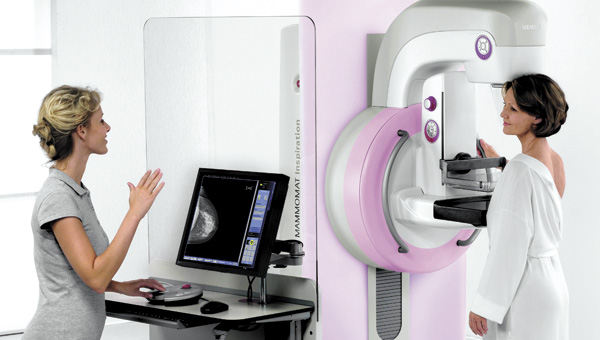 Technologies, such as digital mammography, have also helped the treatment and detection of breast cancer.

One in eight women who live to be 85 years or older will be diagnosed with breast cancer, according to the American Cancer Society.

While there is no cure for it, it is no longer a death sentence for women.

The key to surviving it is early detection, according to healthcare providers who urge women to take the time in October, Breast Cancer Awareness Month, to make sure they’re healthy and to develop a breast health regimen.

“Women used to keep it a secret and no one wanted to say the ‘c’ word,” said Leslie Smith, breast cancer patient navigator with Bon Secours Maryview. “It’s a disease that we’re taking control of now. Women are no longer defined by their diagnosis.”

In the past, women had to undergo a mastectomy to remove the cancer. However, advancements in technology have permitted only the affected portion of the breast to be removed.

Chemotherapy drugs have become easier to manage for patients, and if the cancer is caught earlier enough internal radiation can be used to maintain the integrity of the breast, Smith said.

Other technologies, such as digital mammography, have also helped the treatment and detection of breast cancer. However, early detection remains the most effective way to beat it.

“The earlier you find it, the more treatable it is,” Smith said. “Women can go on to live full lives if we find it early. If it’s not detected until later in life, we don’t always have a good prognosis.”

Women in their 20s and 30s should be conducting monthly self breast exams and receiving annual clinical breast exams, Smith said.

The American Cancer Society has tips online on how to conduct a self breast exam. Smith reminds women to avoid doing the exam around their menstrual cycle because the breast can become cystic.

These exams not only help detect a lump or painful area that could be a cause of concern, but helps women determine what is normal for them so they can identify what is abnormal if it should occur.

When a woman turns 35, they should go in for a baseline mammogram and annual mammograms beginning at the age of 40.

If there is a history of cancer in a woman’s family, whether on the father’s or mother’s side, the woman should begin receiving exams and mammograms earlier.

“We want the child to start mammograms 10 years before the onset of whoever had it in their family,” Smith said. “For example, if a mom had it at age 38, we want her daughter to come in at the age of 28 for a mammogram. We know that it runs in families so the sooner we can start the monitor it, the better.”

Women with a strong history of breast cancer in their family also have options to do additional exams, go on medication to decrease their risk and even have a bilateral mastectomy and have their ovaries removed.

While breast cancer is claiming fewer lives thanks to many of these advancements, taking time to maintain your breast health could save years of your life.